Home » Nutrition » What is Intuitive Eating? An Introduction

What is Intuitive Eating? An Introduction

At this point, you’ve likely heard the term discussed in the food/ nutrition/wellness communities online but you may not be sure what it really is. It doesn’t necessarily help that as intuitive eating has gained popularity in recent years, different interpretations of this way of eating have also arisen – and not all are necessarily accurate ones. So that’s where I wanted to start with this post today...

What is intuitive eating?

Intuitive eating is a term coined by Registered Dietitians Evelyn Tribole and Elyse Resch, in their book Intuitive Eating, initially published in 1995. The pair wrote the book after years of counseling clients in their nutrition practices and recognizing the difficulty said clients had in maintaining specific diet plans and a healthy, normal relationship with food. The pair understood that adhering to food rules and attempts at weight loss were proving to be unsustainable so they sought a way to help people stop dieting for good. Thus, intuitive eating was born.

While I say that intuitive eating was “born” when they coined the term and published their book, intuitive eating is actually born when each and every one of us are. Yep, you read that right. Intuitive eating really is our innate ability to regulate when and how much we eat in order to sustain life and growth. As infants, we cry when we’re hungry and then stop eating when we’re full. We go through periods of increased hunger when we’re growing, or when we become more active, and in these periods our bodies signal us through hunger to eat more. Our ability to know how much to eat is something that’s existed our entire lives, but as we get older and go through life, often society and diet culture skew this significantly.

As we progress through childhood, adolescence and adulthood, we also progress through a society bombarding us with messages about food rules, diets and maintaining a specific number on the scale, all in the name of fitting into a societal mould or achieving certain standards of appearance. While not everyone is affected by this messaging in the same way, chances are you’ve been affected in one way or another. Evelyn and Elyse saw this in their clients and wanted to give people a way out of this way of thinking.

Think about the most normal eater you know. Someone who doesn’t seem to think twice about eating. Maybe you’ve been surprised how often they eat dessert but also how easily they put down their fork and leave food on the plate when they’re full. Maybe you admire how without a question, they order exactly what they want at a restaurant. They eat salad when they feel like it and pizza when the craving strikes, too, with no guilt or remorse in sight.

I remember as an adolescent (who was already very conscious of my body and my food choices) admiring certain friends for the ease at which they approached eating. A few years later when I met my boyfriend I also remember admiring him for how easily he would decline treats and move on if he just wasn’t in the mood for them. Meanwhile I was so focused on avoiding these treats that if they were in front of me, all I could think about was eating them (or trying not to).

These “normal eaters” are also intuitive eaters.  This is what the practice of intuitive eating is aiming for – getting back to that state of normal eating. That innate ability to regulate when we eat and how much. That state of having good, normal, healthy relationship with food.

The Cambridge Dictionary defines intuitive as “based on feelings rather than facts or proof”. Vocabulary.com describes it as “having the ability to understand or know something without any direct evidence or reasoning process”. Intuitive eating encompasses these definitions because to eat intuitively means to base your eating on your feelings of hunger and fullness, rather than external factors telling you what, how much, when, and how often to eat. It encourages you to get back in tune with your body’s cues and honour the signals that it gives you, despite what diet culture tells us about eating through the latest diet trends.

I get asked often “So doesn’t intuitive eating mean throwing all healthy eating efforts out the window?” No. In their book, Tribole and Resch describe Intuitive Eating as a bridge between the growing anti-diet movement and the health community. Their goal is to address how to reconcile your relationship with “forbidden foods” and food in general but still eat healthfully without dieting – and that it why I love it so much.

There are 10 Principles of Intuitive Eating described in their book. Each one is a step towards rejecting the diet culture that we’ve become accustomed to and getting in tune with our bodies and eating accordingly. That being said, Intuitive Eating is more than just eating when you’re hungry and stopping when you’re full. It’s about finding freedom from diet rules, restrictions and numbers, about receiving satisfaction and rediscovering the pleasures of eating, and respecting our bodies through joyful exercise and gentle nutrition.

Intuitive Eating has been studied pretty widely now and has been recognized in research studies as a healthful practice. It has been seen that people who eat intuitively are more likely to improve their eating habits, lifestyle and body image. They are less likely to be depressed, anxious and have low self-esteem. Studies have also shown that intuitive eating can improve heart health – even in the absence of weight loss.

When I mentioned I was writing this post, I received a few questions about Intuitive Eating that I want to address.

Should I be counting my calories?

If your aim is to adopt the intuitive eating model and move away from diet-like behaviours, no. Food is so much more than numbers, and aiming for a specific number of calories each day goes against what intuitive eating is all about – listening to our bodies to tell us when/how much to eat. In fact, calorie counting encourages us to disregard our own hunger and fullness cues which can eventually lead to the inability to recognize true hunger and fullness.

How do I balance intuition and suggested serving sizes/portions?

To put it simply, you don’t. Our bodies are so dang smart, so listening to our own unique hunger and fullness cues is what intuitive eating is all about. That being said, the final principle of intuitive eating (only to be addressed once you’ve worked through the first 9) is gentle nutrition. This principle talks about the importance of honouring your health and your taste buds when making food choices. Part of gentle nutrition is aiming for balanced meals (most of the time). This means using a “plate model” or something similar – where we aim for approximately 1/2 plate veggies/fruits, 1/4 plate carbohydrate sources and 1/4 plate protein sources. If you aim for this at most meals, suggested serving sizes/portions will matter less.

How do I recognize the difference of actually being hungry and just eating because I’m bored?

There are many different ways that our bodies can signal hunger to us. For some, it’s a sensation in their stomach and for others it may be a slight headache or fatigue. When you learn to eat intuitively, you learn to tap into the signals that your body is giving off and recognize if any of them are indicating hunger. In the book, they encourage you to ask yourself: Am I biologically hungry? (If the answer is yes, eat!) What am I feeling? (If the answer to the first question is no, take time to determine if you are bored/sad/etc.) What do I need? (If you’re not biologically hungry, what can you do to relieve those feelings of boredom without food?).

While this is a brief introduction to the intuitive eating model, I hope that it might answer some of your questions about what it encompasses. If you’d like to learn more about intuitive eating, leave a comment and let me know! I also encourage that you read the book Intuitive Eating if this is something you want to know more about. 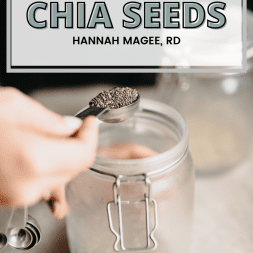 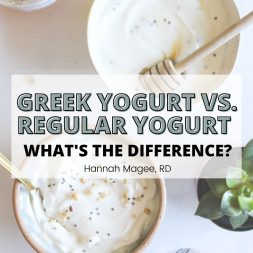 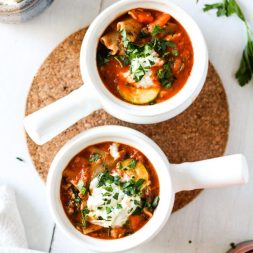